I regard the entry of IWI into the US civilian market as one of the biggest firearms stories of the decade – and, yeah, that’s with half the decade to go. Michael Kassnar deserves a huge amount of credit for making this happen, and the entire IWI-US organization should be lauded for what is the most flawless roll-out of a totally new product in recent memory with the Tavor (and accompanying 9mm conversion kit).

Their execution after the Tavor, however, hasn’t been as fast and clean as I’d like. The 5.45×39 conversion got cancelled for somewhat dubious reasons (no reliable US made magazines? Really.), the .300AAC conversion barrel has been MIA, and the Uzi Pro Pistol was delayed due to its propensity to stop being semi-auto. Don’t even get me started on the spare parts situation. The Tavor is great, and still selling well, but you can only rest on your laurels so long.

Thankfully, IWI-US seems to have made some moves lately, and they have some great products in the pipeline!

First of all,  the Uzi Pro Pistol is making a triumphant return in Q1 of 2015, as confirmed by the Aftermath Gun Club. There will be versions with and without the arm brace. Alas, no carbine or SBR version announced thus far. I’m hoping for a unmodified Uzi mag lower option later on, but am prepared to be disappointed. Hard to fault IWI-US for going with Colt mags in the US market, of course. MSRP is $1100; street should be ~$900. 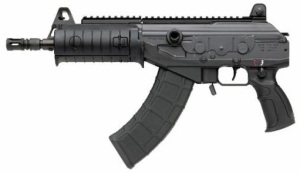 Around the same time, we’ll be seeing the Galil ACE rifles and pistols start flowing into the US. The first set will be based off the ACE 31 and 32, which are 7.62×39 and take AK mags. More on those:

Notice how the 5X line has real modifications for the US market. There’s no 12″ barrel variant in IWI’s current lineup, and the US variants are using SR-25 magazines instead of the original Galil modified-M1A magazines (pictured above). I am given to understand that Kassnar was responsible for pushing these changes through. It will be very interesting to see if these US variants flow back to IWI’s line.

Finally, in Q1 of 2016, we’ll see the ACE N 21, 22, and 23 rifles and pistols hit our shores. No details on these yet, but pricing will presumably be in line with the ACE 3X series. There has been informal confirmation that there are no plans to release the ACE 2X line that takes Galil mags in the US, which is not surprising given the decision made with the 7.62×51 guns.

The whole ACE line-up is just excellent, and will provide many opportunities for SBRs, too. Well-done, IWI!

The Uzi Pistol Pro is priced high. No other way to say it. If it were a quick and easy SBR project via a lower swap, I could buy into a $900 SBR starter gun, but I’m not seeing that being presented. Perhaps IWI-US thinks there’s an undiscovered market for “heavy expensive pistols that take Colt mags”. I can see that appeal, I guess… cheaper than an Action Arms Uzi Pistol.

The ACE 32 is more in the ballpark, but still exceeds the cost of an Arsenal SAM7-SF significantly. What IWI-US needs to do is communicate the value-add that the Galil ACE brings. Things like night sights, optics rails, quad rails, handguard covers, collapsible stocks, and so on provide very substantial value.

The ACE 52 is very well-priced, and is comparable to the Sig 716. I think this will be the easiest sell of all the Galil ACE rifles, especially since the weight is similar to AR-10s and the big 3 battle rifles.

Further, as I mentioned in another post, IWI-US is also importing the Jericho line of pistols. Short of re-introducing the Galil Sniper in ACE format, or doing a semi-auto Negev, they’ll have the entire IWI product line, except for the X95, in the US by 2015.